Notes from the afternoon sessions of Day One:

They put a face on chat bots
digitalhumans.com
Transform interactions between computers and humans 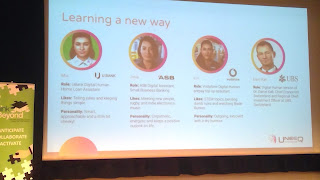 John Kirwan, can't be everywhere. Made a digital clone of him. Can be used to talk to people in workplace
National disabilty scheme UneeQ came out of this
Digital James can take multiple calls at once
Digital clone of Pietro
Taking ideas for use of the clones
AI to practice talking for deaf students
Human influence and machine, never gets it wrong, never has a bad day
Josie Can ask questions about almost anything.
Patient asking to go through things over and over
Pull up marketing data
Harvard business review study - within the next 10 years only 15% of business interactions will be with a human
People don't want to go over and over basic things like interest rates so can use ai
Business mentoring. Coaching. Lectures able to be repeated
People prefer interacting with digital human rather than chatbot
Cardiac coach. Helps cardiac patients at home.
Need humans to program it
Not at a stage of having a normal human conversation
Google dialogue flow.
Conversation designer as a job. Creativity and empathy
I am a digital human and I was designed to…
Can do other languages
High security asked ethics
Framework on AI
Launch in a month around AI, ethics, digital humans
Use is doubling every month

Got to have purpose to have sustainability.
Themes, collaboration between
Courage. Easy to stay with our own classes name it, know it, share it
how to catapult it .
If we aren't experts, collaborate with others.
find people to partner with.
Openness to collaborate. Partner for success.
Listening.
Won't always fit to start
Learning City Christchurch there to support projects
Barriers in traditional schools for innovation . Banqer not just for accounting, want to catch other students
barrier is matrix of success - building culture of success. Some schools want immediate wins. Need to be in for the long game . Success is different for a lot of people, change is not easy
How do we use small bets to build a community. How do we help each other build.
Ed from Ministry of Education keen to support.
How do we create space for people in the system who want to stay in the system but don't think in straight lines

If you let schools run it, it could be the death of it .
learning that enables failure, learning how do we not get hung up on assessment
Soft skills.
Can jump into a team - means they get students into jobs. Class at a school, business model - he's providing a better product than other classes and students want to go to that rather than normal class
Is doing 25 % of what you want to do enough to get started ? I % is enough - what can you compromise on.
knowing when to ask and when to say sorry later.

What do we mean by an Asia-Pacific future?
How much knowledge done have. 85 % know very little
How do we stay open to other cultures
We are used to being innovative but so much going on outside of NZ
Democratic Dividend in Indonesia
Communities value people more than anything
Shift in world order. Western culture has been prominent. Now it is Eastern culture 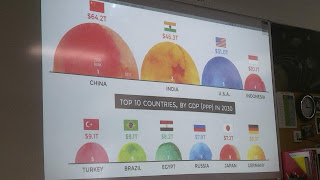 no UK, France,Australia, EU
Youthful population greatest indicator of growth
Soon most rich consumers will be non-westerners
growing global confidence. How are we preparing our students for an Asia-Pacific future?
Employability
Iwi Maori have a better connection with Asia than we do
We are great at surface level cross-cultural learning (knowledge) but we are not so great developing & demonstrating values, attitudes and connect things into a theme such as Hauora
Exchanges . A lot of our young people are ok. Often the teachers struggle to define our own culture
Bring A-P into your classroom. Website: Teaching for the Asia-Pacific is coming in a month
self assessment, NCEA resources
If we want to be good global Citizens we have to better at talking about ourselves
Pūtātara -a call to action - useful site

This session will explore how iwi have used big data to map current education outcomes for Maori to identify key actions for us to take together to bring an equitable future closer.
We get stuck in our day to day and are at risk of losing our future
If you don't have a plan you are just a part of someone else's vision: All rangatahi are inspired by their futures thriving in education, confident in their culture and determining their own path
We are not there yet. Need to deliver for all of our kids
How do we have a systemic approach rather than putting bandaids on.
Thriving population . Major demographic changes. By 2050 his children being in a browner population
Our rangatahi exist in an ecosystem that has a major bearing on their trajectory
How do we see what is happening in our systems so we can innovate
What happens if we retain the status quo for the next 20 years? A good reason for change
Journey from High school into tertiary
By getting NCEA makes a difference. Level I is not a destination
Can get back into central flow but really have to push against the current .
Apprenticeships a good way - social change that is impactful
Learning at tertiary what they should have learnt at school - want those courses gone -not helping to get them into work. 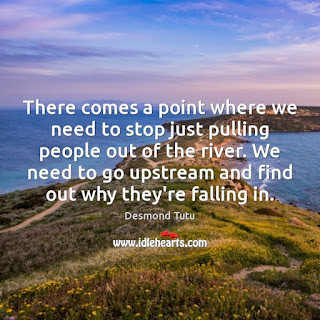 Upstream causes, downstream impacts. Only so long fishing people out of the river before you think what is upstream pushing them in
Streaming is a cultural bias
Teacher thinks I'm dumb so I'll play up
Wasn't that Maori were failing but they were not put in those courses at once .
Don't equate skin colour with culture
Remove obstacles . How do we remove them. Start by starting
How do we create the awa to move forward - paddle together as a crew.
The future is not something we have to inherit, we can make the future what we want.

Collective action -power of a group working together.