I have always had an interest in genealogy. When I was a teenager I went to England and met some relatives I had never seen or really heard of before. One of them, my Great Uncle on my mother's side, had an amazing family tree that went back to one of our relatives signing the Magna Carta. He wrote me a copy of my direct line, gave me a picture of our family crest (which I still have) and I was hooked. We were lucky that one of that side of the family was an historian and did this for a job. He had done so much research on the Sagar line that there was little left to do. On my father's side however, there was only a small amount done, by one of the groups that you pay to look into your tree (some of which I found later was incorrect). This meant the Eason line was ripe for the picking.
Some background:
My father, Denis William Eason (born 1930 in Middlesbrough, England) came out to New Zealand on the ship "Mataroa" in 1956. He worked as a General Practitioner in the small town of Owaka in South Otago. He married my mother there in 1957 and then moved to Darfield, Canterbury in 1958 which is where I was born.
There were a lot of Easons in the Otago area that weren't related as far as we knew. Dad and I did a lot of work in the 1970s and 1980s getting a basic tree together and working our way back to Kent, England. Over the years he and I tag teamed the research as one or other of us had time and we were continually calling each other with the "guess what I found" phone calls. Often we discussed possibilities and maybes and both kept good records that we could go back to and share. 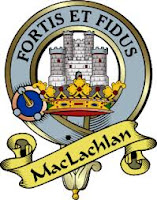 I spent a lot of time researching my husband's side of the family over the last 10 years, doing the work on a large tree for the McLachlan clan in New Zealand, and then helping run the McLachlan Reunion in 2010. I really enjoyed the puzzles and the stories and found myself immersed again in genealogy.
After Dad's death in 2015, I took over the reins again and started working through the large amount of files and paperwork he had amassed over the years. I decided to put all of the trees and information into one file using Legacy which has been fantastic. It has enabled me to find links and not have to keep going back over things I had seen before. I also put all of the information into a Google Drive that I could share with my relatives. This includes photos, all the certificates and research documents I have found. It keeps it in one place and also has it shared with other people I trust so it's not lost when I'm not around anymore.
One of the papers I found while doing this was a booklet from the Eason family reunion held in Owaka in 1977. This had given us a large number of the New Zealand Easons but as yet, no link to anyone we had in England. I'll come back to this. 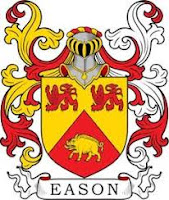 The large majority of our family comes from Kent, England and so I decided to put every census of Eason I could find into the file. This ensured I had all the census data for those I knew were connected, but also gave me some families that I still needed to put together. I found a family with Matthew Eason b1788 in Whaplode, Lincolnshire, but his family were all born in Kent and he died in Hildenbrough, Tonbridge, Kent (this link takes you to a really useful wiki for research) in 1874. I couldn't make the connection with any other Eason family in Kent so I went looking back at his family in Whaplode. What a lot of them there were! I ended up with a tree of about 150 people in no time.
Dad had made contact with a lot of people interested in the Eason family name over the years. One was from the USA and after looking through his files and finding one she had given him, I found that she was connected to this family from Whaplode. I added her tree in and ended up with a few hundred in that line. I have written to her (snail mail) and hope the address is still current, as I want to connect her with all the research I have done. I hope she has email now, as it's a big file to print!
After a lot of online research I went back to the papers Dad had and found the copy of the New Zealand Easons again. Lo and behold I recognised the names at the top of the page: Thomas Henry Eason married Jane Martin. I did a quick check and sure enough, there they were. Thomas Henry Eason b1825 Whaplode, Linconlnshire and Jane Wheeler Martin b 1825 Lincolnshire. Very exciting moment. This joined 2 large trees together and now it has over 1300 people in it.
So, although my Dad was an Eason in Owaka, and I have a tree full of New Zealand Easons, many of whom were born in Owaka, we are still not connected. I'm still working on getting those Lincolnshire and Kent Easons joined together and each day I do more, both trees get bigger. There are over 5000 in my file now and one day I hope they will join up.
For anyone vaguely interested in genealogy I say go for it! There are so many online links now that can help with your search (many are free) that it is a lot easier than ordering, then scrolling through, microfiche which I did for years - although some parishes you still need to do this for. You soon learn the sites that are helpful and it's a great puzzle to keep you thinking. Don't forget to check all sources, I have found many trees online that are incorrect, so take the information, then check it and double check it.
I'm an addict. Love it.

Email ThisBlogThis!Share to TwitterShare to FacebookShare to Pinterest
Labels: Genealogy